Unpacking Your Suitcase - The Warrior's Journey®
Skip to content

. Photo by Anete Lūsiņa is licensed under CC By 2.0

Have you ever felt sad about PCSing—and excited at the same time? That seems so weird, and yet it’s pretty normal. There’s sadness over leaving the familiar where you are known, while excitement builds over a new place and a fresh beginning—but there’s the awkwardness of being the new kid—but you’re adaptable because of all the moves! Almost sounds schizophrenic! It’s not. It’s normal, and God is there in the midst of it all.

This story is by a 23-year old author named Raine. It’s her true account of moving back to the States after living in Europe for 15 years.

It was summer time. I had said goodbye to my friends by the last week of school, and like all good kids that have grown up in a military community, I was already moving on to the future. That summer my family moved to Chicago. For the first time EVER I would be attending a real American public high school.

We’ve all seen those movies where the new kid shows up, they struggle with acceptance, maybe go through some public humiliation even, but in the end they come out on top, either literally, like becoming prom queen and getting the hot quarterback, or figuratively by learning a valuable lesson and gaining true friends. No matter what the journey, the outcome is always the same — a happy ending.

I was practically bathed in this naive optimism my first day of school. The movie Mean Girls had come out that year, and I must have watched it 20 times before school started. I had total confidence that someone would notice me the first day, and, by the end of the week, I would be under the wing of a seasoned student who would show me the ways of this exciting new place. 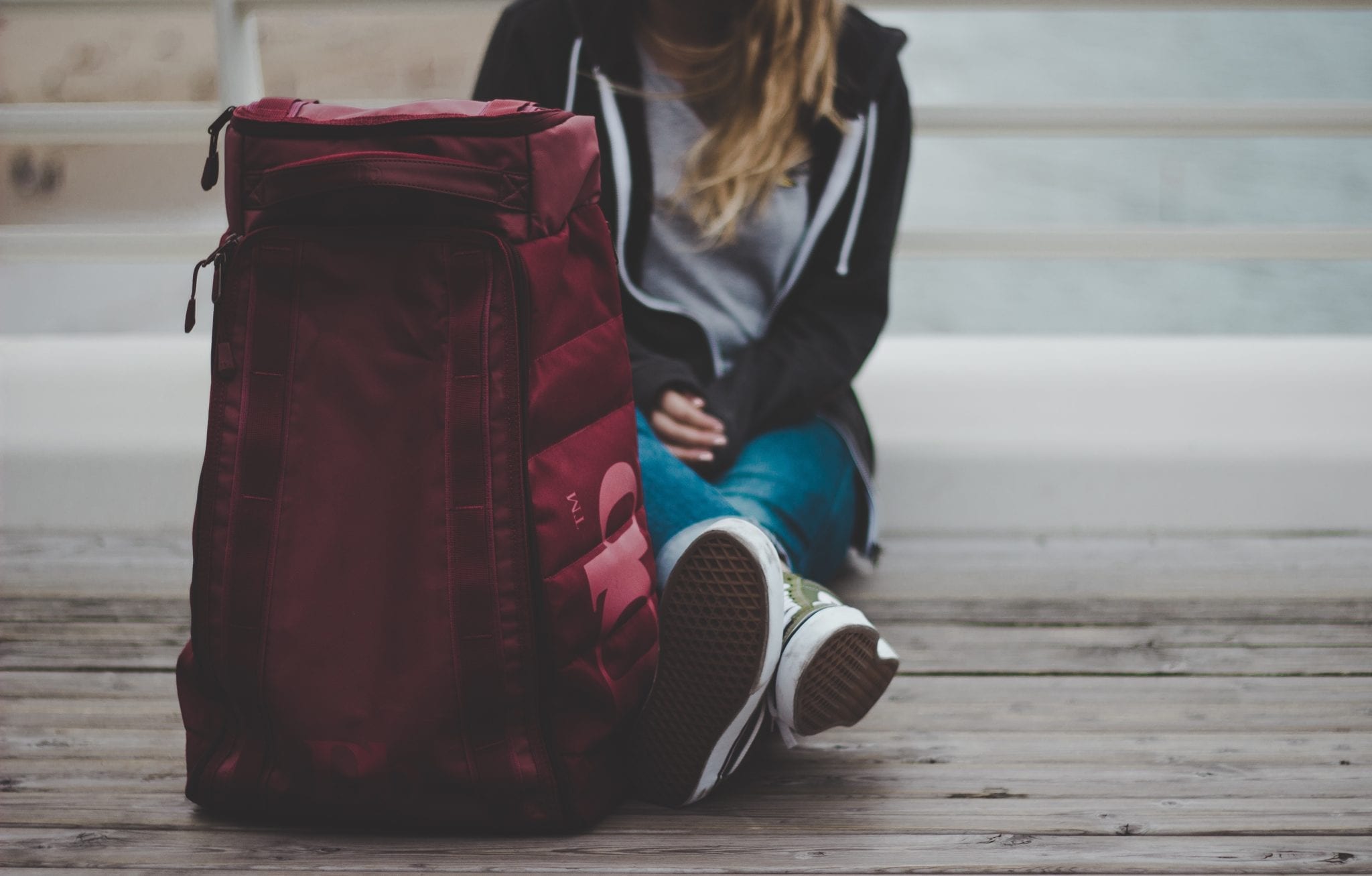 What happened didn’t even come close. I was invisible. I went from a DOD school of 750 people where everyone knew everyone else, and new kids were quickly integrated, to a school with over 2500 students, and I was starting as a senior. Everyone had already picked their friends freshmen year, some even earlier than that!

No one paid any attention to me whatsoever, and I found myself living out every depressing scene in those stupid teen movies. I ate in the bathroom stall, got my books knocked out of my hand, sat alone in study hall, never got asked to a school dance, and the worst part was that it didn’t pass quickly like a movie montage with some emo song playing over top. I had to live that for an entire year.

If I got the chance to redo that year, yeah, things might have gone a little differently. I possibly could have made a friend or two that actually meant something, or found a way to feel included at school; but, the hardest part of that whole year was learning that it had nothing to do with who I was as a person. I hadn’t done anything wrong and there was nothing innate that needed to be changed. What happened to me was a transition. It hurt and probably wouldn’t have been half as hard if the new school was also DODDs; but, in the end, I simply had to find my way through it and cling to God and my family as tightly as I possibly could. Even though I got through the year and graduated, I still carry some of the pain of the transition with me. It has taken me years to process what happened, and writing this story has helped me move past some of the leftover grief and depression that I’ve had.

*The actual transition phase of the “stages of transition” (Involvement, Leaving, Transition, Entry, and Re-involvement) is when we physically leave a place, but it will probably continue even after you arrive at your new destination. You’ll often feel off balance or even a sense of chaos because the former place and life are gone. This is where we can feel that sadness (grief) in the midst of being excited about a new place.

Be assured that this stage of transition is really normal, and we need to be patient enough to let it progress. But some of us have a harder time getting through this stage because of some unresolved grief. The symptoms and cycle of grief are denial, anger, bargaining, and depression, then finally acceptance; often without understanding why we are feeling this way or acting this way.

Here are some action steps to take to help you move through the stages of grief:

(* Many key concepts from this section are taken from Life in Motion; Growing Through Transitions, by Ruth Van Reken and Amy Casteel, 2010, published by YouthCompass International, Seattle WA.)

In this story from the Old testament, a woman named Naomi has left her own country to follow her husband to a land called Moab. Even though this represents a transition, that’s not the one that this story focuses on. While in Moab, Naomi’s husband dies, her sons marry Moabite women, then both her sons die. Through all of this life change, Naomi decides to return to her native Bethlehem (the same city that we later read about in the Christmas story where Jesus is born) and take her two daughters-in-law, Ruth and Orpah.

Heavenly Father,
I understand that when Jesus Christ took on flesh through the Virgin Mary he made a sacrificial transition to make his home with us. Let me now pray that he will enter my home and my heart and bless it with his presence. May he always be here in my home; may he nurture our love for each other, share in our joys, comfort us in our sorrows. Inspired by his teachings and example, let me seek to make this new home before all else a dwelling place of love, diffusing far and wide the goodness of Christ.  Amen.