What is a Family? - The Warrior's Journey®
Skip to content

What is a Family?

To the old barn. Photo by Priscilla Du Preez is licensed under CC By 2.0

The whole idea of a military family seems confusing. Some days I love my family. Other days I can’t stand to be around them. And other days I’m not really sure who my family is. What is family? What’s my role? Is there such a thing as an ‘ideal family?’ Ask 10 people and you’re likely to get 10 different answers. Dig in here and discover what family has meant to others throughout history and just how ‘normal’ your military family is.

Back in 2000, I was served on a ministry team in North Texas that took the Gospel of Christ into a juvenile prison facility. I was the family group leader for a group of 6 teenaged guys. We quickly learned each other’s names and had a meaningful time participating in the weekend.

At lunch the first day, we cleared our table as a family group and prepared to share a meal together. We held hands as I prayed, and then we dug into a abundance of home style cooking. About halfway through the meal, I noticed Sean had tears in his eyes. This 16 year old boy was fighting back tears as he dug into the food on his plate.

“Man, this is the first time in my life I have ever had a meal sitting around a table like this. My family never spent time together, and if we did, all we did was yell and scream at each other.”

I learned a lot from Sean that day. I took family for granted. It never really dawned on me that many people had no idea what a family was, or how a healthy family acted or what it looked like.

According to Merriam-Webster’s online dictionary, family is “a group of individuals living under one roof…” However, what does God have to say about family? Is it different from our current cultural understanding reflected in the definition? Read more to find out.

Western culture today has a wide variety of ways to describe and define the family. Some will say it is a husband and wife and their children (usually referred to as the ‘nuclear family’). Others will say it is one parent, either due to the death of a parent or because of divorce, and a child or children (sometimes referred to as a ‘broken’ family). Childless couples will define their family as themselves and perhaps their close relatives like their mothers and fathers or sisters and brothers (an ‘extended’ family). More and more, we are seeing gay couples adopting children and functioning as a family. Some nuclear families are adopting children of ethnic and racial backgrounds unlike their own biological family and seeing this new combined group of people as their family.

Additionally, many divorced or widowed parents remarry and combine what were formerly two separate families into one (a ‘blended’ family).

As you can see, these examples suggest quite a variety of definitions and functions of a family. You need look no farther than the TV show “Modern Family” to see three families portrayed in different ways. So, what’s “normal?” Is there an “ideal, normal family?” Each culture makes decisions on what is ‘normal’ for their culture. Western culture, and specifically American culture, is currently defining the family by many of the examples above. That doesn’t necessarily mean that the cultural definition of family lines up with what God has described as the family. Looking at what some experts say about the family as described in the Scriptures will help us understand a bit more of how God originally designed the family with its composition and function. Many biblical scholars will indicate that God’s original design for the family, and it was His idea, can be found in passages like Genesis 1:26–31 where it explains a portion of God’s creative work on the sixth day by stating, 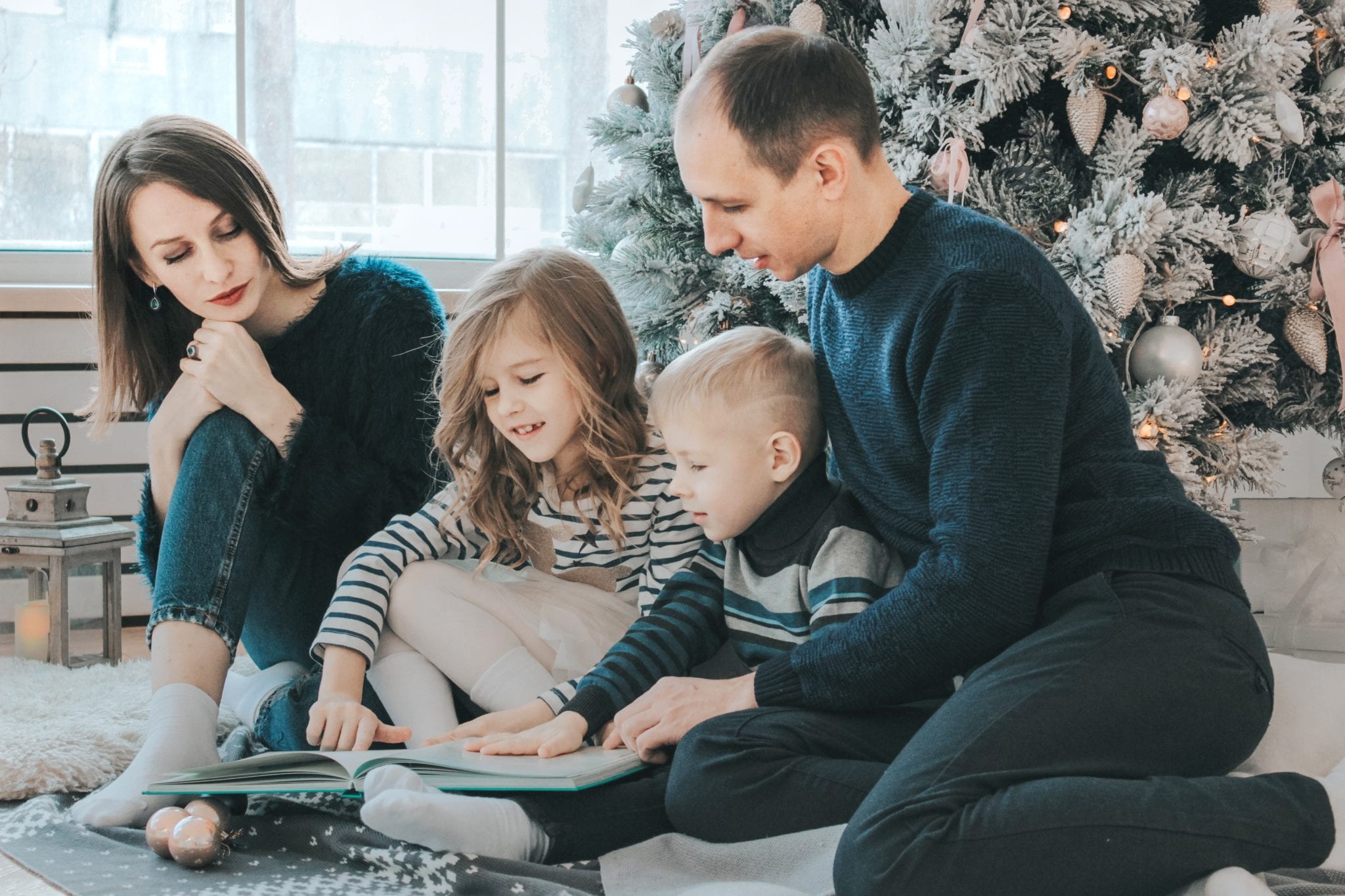 26Then God said, “And now we will make human beings; they will be like us and resemble us. They will have power over the fish, the birds, and all animals, domestic and wild, large and small. ” 27So God created human beings, making them to be like himself. He created them male and female, 28blessed them, and said, “Have many children, so that your descendants will live all over the earth and bring it under their control. I am putting you in charge of the fish, the birds, and all the wild animals. 29I have provided all kinds of grain and all kinds of fruit for you to eat; 30but for all the wild animals and for all the birds I have provided grass and leafy plants for food ”—and it was done. 31God looked at everything he had made, and he was very pleased. Evening passed and morning came—that was the sixth day.

Families had important and valuable functions throughout early history, namely the passing on of inheritance from father to son. That inheritance could be land, possessions, honor, the family name, etc. Additionally, the family was the primary unit where strong relational ties were developed and lived out. Within these relationships there existed unconditional love, honor and respect as well as spiritual nurturing about who God was and how to love and serve him (Deuteronomy 29:1–29). Eventually, God’s ‘pleasing’ design as he pronounced it in Genesis became undermined and broken by humankind, so God reestablishes the concept of family anew in the New Testament (See ‘God as Father’). The ongoing relationship between the Creator and humankind appears to have been mediated through the family.

In the Scriptures we see both blessings and curses! According to Modern Catholic Dictionary (by Fr. John A. Hardon, S.J. Copyright © 1999 by Inter Mirifica. Used with permission from Eternal Life), family is defined as: “FAMILY. A group of persons who are related by marriage or blood and who typically include a father, mother, and children. A family is a natural society whose right to existence and support is provided by the divine law. According to the Second Vatican Council, “the family is the foundation of society” (The Church in the Modern World, II, 52). In addition to the natural family, the Church recognizes also the supernatural family of the diocese and of a religious community, whose members are to co-operate for the upbuilding of the Body of Christ (Decree on the Bishops’ Pastoral Office, 34; and Dogmatic Constitution on the Church, 43). (Etym. Latin familia, a family, the members of a household; from famulus, a servant, attendant.)” (New Advent).

Focus on the Family responded to an email question, “What constitutes a family?” by saying, “As we’re sure you must realize, one could write volumes in response to your question. Broadly speaking, however, we’d define “family” as a group of individuals who are related to one another by marriage (between a man and a woman), birth, or adoption. The family was instituted and divinely sanctioned in the beginning, when God created one man and one woman, brought them together, and commanded them to “be fruitful and multiply.” We believe that the pattern for the family’s continued existence is contained in Scripture’s account of its origins. (For a more extensive look at this subject, you may wish to read CitizenLink’s article titled, “Differing Definitions of Marriage and Family,” along with “What is Marriage?”, a paper by Sheriff Girgis, Robert P. George, and Ryan T. Anderson that was published in the Harvard Journal of Law and Public Policy).

Families seem to have always been a focus of God’s design for humankind. They form a basic unit from which each of us derives our name and character and values, and, of course, our physical features. Eventually, God describes his kingdom as being made up of his family, the spiritual brothers and sisters of Jesus Christ with himself as the Father. You’ll find more about that throughout the various subtopics, so investigate for yourself!

Go to this link and pray the prayer for family that you find there.